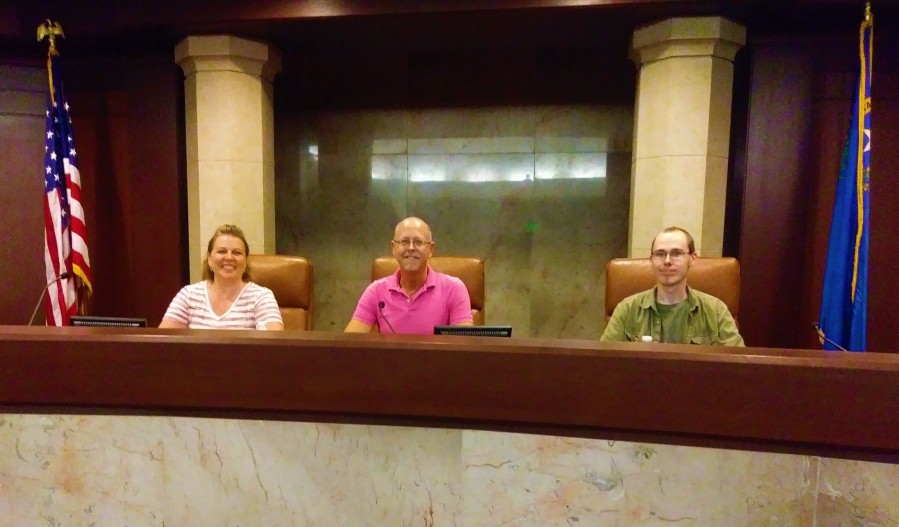 There are dramatic differences between the US judicial system and that of other nations.

In the US, for example, every accused is assumed innocent until the government proves guilt beyond a reasonable doubt. In other nations you’re guilty until you prove your innocence in court.

Another hallmark of the American court system is that when accused by the government, the government must pay for your legal defense. Everyone accused is entitled to an advocate, and no one accused must speak unless that lawyer is present.

The Bible pictures Heaven as a divine courtroom. On one side of the courtroom stands Satan, whom the Bible calls the accuser of our brethren (Revelation 12:10), accusing you of sin (Zechariah 3:1-3).

You stand in the center of the room. Even as Christians we sin, and the nearer we are to the character of Jesus, the more aware we are of our sinfulness. The Bible reminds us that if we say we have no sin we’re self-deceived, and if we claim to have not sinned we declare God as a liar (1 John 1:8, 10). O believer, Satan has every right to accuse you of sin a bazillion times over because you are guilty!

But at your side is your Defender, Jesus Christ. You can’t afford His services. He was appointed the Mediator between God and Man by the Judge Himself, arranging His services from eternity.

At the front of the courtroom sits God the Father, the all-knowing Judge. He knows the evidence against you, and peers into your heart, mind, and motives. He can’t be deceived, moved by emotions, pressured by interest groups, or misled by fake facts.

As Satan accuses, Jesus doesn’t defend you on the basis of your goodness. You’re not good, but fully guilty of sin! Rather, Jesus provides the best defense in the universe: His own life.

With every accusation, He raises His nail-pierced hands, reminding all present that though you are guilty, He paid your penalty in full by His death on the cross. He, the Innocent, gave His life for you, the guilty.

My little children, these things I write to you, that you may not sin. And if anyone sins, we have an Advocate with the Father, Jesus Christ the righteous. And He Himself is the propitiation [payment in full] for our sins, and not for ours only but also for the whole world (1 John 2:1-2).

Share this with a friend by clicking your service:

9 thoughts on “Accused in Heaven’s Courtroom”

This site uses Akismet to reduce spam. Learn how your comment data is processed.

Look up past devotional posts